Online Gambling and Poker in California

Update: Feb. 26, 2020 – Another year and still no online poker in California. But there’s progress. For example, there are a few bills and talks to legalize online poker in California. We’ll wait and see what happens this year. The proposed bills have a few key details. For example, it has a license fee of $12.5 million. Secondly, it was a flexible tax rate ranging from 8.847 percent to 15 percent. Additionally, the bill provides up to $60 million a year to the racetracks. In return, they won’t be in the internet poker space. Experts say the California market could grow to $380+ million in annual revenue. 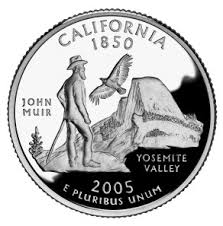 California is lenient and accepting when it comes to gambling. For example, the state offers six forms of gambling. However, commercial casinos aren’t legal in California.

In their Penal Code, Section 330, California defines gambling as:

“Every person who deals, plays, or carries on, opens, or causes to be opened, or who conducts, either as owner or employee, whether for hire or not, any game of faro, monte, roulette, lansquenet, rouge et noire, rondo, tan, fan-tan, seven-and-a-half, twenty-one, hokey-pokey, or any banking or percentage game played with cards, dice, or any device, for money, checks, credit, or other representative of value, and every person who plays or bets at or against any of those prohibited games, is guilty of a misdemeanor.”

Overall, California defines its gambling laws rigidly. Albeit, there are some areas with broad interpretation. For more in-depth information on California’s Constitution and anti-gambling laws click here.

That’s tough to say, but there are promising signs. For example, there are a few bills in the legislature trying to legalize it. The state legislature shelved the bills, but could act on it next year.

The first two online poker bills came on Feb. 21, 2014. They were similar to previous bills with small revisions. The bills, SB. 1366 an AB. 2291 were shelved in 2014. Subsequently, more bills came down the pipeline. Senatore Isadore Hall and Assemblyman Adam Gra introduced Sb. 278 an AB. 431 in 2015. Neither of those bills bassed and Reggie Jones-Sawyer presented. AB. 2863 in 2016. After that, the bill passed the Assembly Governmental Organization Committee an the Assembly Appropriates Committee. However, the bill was shelved after it didn’t get voted on in the full assembly.

But it makes sense for California to pass regulated internet poker laws. For instance, California has a population of 39.2 million, and could have the largest player pool in the United States. Secondly, this could help lower their significant state debt level of $400 billion. However, a big hurdle in legalizing online poker is opposition from Indian tribes. The state is having a hard time finding a plan that is satisfactory for all parties.

Types of Gambling in California

The California State Lottery, known as the California Lottery, passed in 1984 with a 58% voter approval. After that, the state sold its first ticked on October 3, 1985. Additionally, 87% of all revenue goes back to the public. In detail, 50%-53% goes towards prizes, 34%-37% to public education, and 13% goes towards administration.

Since its inception, $35 billion has gone towards public education. The lottery generated about $1.3 billion in the 2018-2019 fiscal year:

Pari-mutuel wagering in California is limited to horse racing. It passed back in 1933 through a constitutional amendment. The California Horse Racing Board was created to regulate this activity. The board includes seven members, appointed by the Governor, that serve four-year terms. Their main responsibilities include:

Simulcast pari-mutuel wagering is offered at remote locations. For example, bettors can place these bets at websites.

The Supreme Court ruled in favor of the California vs Cabazon Band of Mission Indians case in 1987. Subsequently, Indian tribes were free to build casinos. Today 62 of the 109 California tribes own 68 casinos.

Indian casinos in California generate an estimated $7.5 billion annually and $500 million in tax revenue. The Pechanga Resort and Casino is the largest casino in California. There are over 3,400 slot machines and 188,000 square feet of gaming space in the casino. It cost $262 million to build, opened on June 24, 2002, and employs 4,100 people.

On June 27, 1933, voters approved Proposition 5. This legalized pari-mutuel wagering on horse races. All other wagers are illegal. Section 19593 of the Business and Professional Code states:

“No method of betting, pool making, or wagering other than by the parimutuel method shall be permitted or used by any person licensed under this chapter to conduct a horse racing meeting.”

Nonprofit organizations must register with the California Bureau of Gambling Control to host a charity event. These organizations are limited to one event per calendar year. Additionally, you have to be 21 or older to participate.

On Jan. 1, 2007 the Business and Professions Code sections 19985-19987, passed in California. This allowed pre-approved nonprofit organizations to hold “charity poker night” fundraisers. Nonprofit organizations and suppliers must submit an annual registration form to the Bureau for approval. The State of California Department of Justice doesn’t approve all games; please see the current game list here.