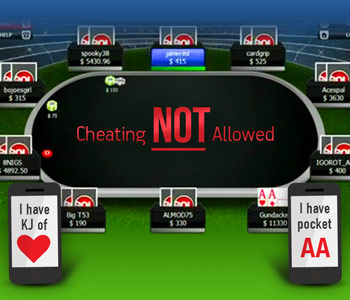 Since the birth of poker on the internet, allegations have been widespread that “online poker is rigged”. Such accusations generally come from poor poker players, or those with insufficient experience to grasp the concept of variance. But yes, history has shown poker sites have rigged sites in almost every way imaginable. There’s only few I would trust anymore, and IgnitionPoker.eu (previously known as Bovada) will continue to be the best until dozens of state ran sites take over which will be awhile.

But let’s discuss the answer that more players feel they’ve been “robbed”. Say you go all in with big slick (Ace-King), and are called by Ace-Queen. You’re a heavy favorite, but on average you’re still going to lose 23% of the time. Even when you go all in pre-flop with pocket aces, someone with a smaller pair is going to beat you about 18% of the time. What many players can’t get their minds around is that little factor called variance, or the statistical measure of how your results will be dispersed. In plain English, the odds may say one thing, but it’ll often take a large sample size for those odds to truly even out. You may be a 77% favorite, but you could still lose that play two or three times in a row. Winning players understand odds and variance, and the difference between them, whereas fish just assume the site must be rigged in somebody else’s favor.

The reason most poker players lose is due to poor bankroll management. Let’s say you had $100 to your name, and I offered to flip a coin. I take 100% of your wager every time it lands on tails, but I give you a 120% payout if heads comes up. It’s a 50/50 proposition, but you’re getting an extra payout every time your side comes up. Surely this is a great deal that every poker player would jump on?

However, what if I told you that you’d have to bet $33.33 on each bet? With only a $100 bankroll, and despite the large advantage I’ve given you, it would be foolish for you to continue. That’s because there is a 14.3% chance that I’m going to win the first three bets, and you’ll then be broke.

This goes on and on and on. But the crucial point is that if you’re a skilled poker player who goes bust often, your failure probably isn’t down to you being unlucky. It’s because you don’t understand odds and variance, and are not properly bankrolled for the games you’re playing.

Do Poker Sites Need to Cheat?

Now that we’ve covered the reasons explaining why so many falsely believe that online poker is rigged, let’s look at the reasons why it isn’t (considering you only play at top ranked sites).

Let’s start with the world’s largest online poker site, PokerStars.com. This company is licensed and regulated by the Isle of Man, a British Crown authority. It was purchased for $4.9 billion in June 2014, by the Amaya Gaming Group, a well respected Canadian gaming company. PokerStars also operates a live card room in Macau, China, and makes billions of dollars in annual profit without cheating. All regulation aside – and it’s pretty hard to simply discount the stringent regulations that govern these sites – why would a company risk these billions of dollars in revenue just to set up a rigged game? The answer is pretty simple – they wouldn’t.

Smaller poker sites, especially those new to the market, have everything to lose by attracting serious allegations from their players. It’s always important to do a quick search on a prospective poker room, just to look for any player complaints or issues. For that reason, we only have a few left who have realized it’s more profitable to run a legitimate business than rip off customers.

For example, a room called Pitbull Poker cheated players using “superuser” accounts, allowing certain users to see other players’ hole cards. The room only made it through a couple of years, and was dealt a fatal blow once the cheating allegations hit. Pitbull operated out of Costa Rica, a country that doesn’t require online gambling licenses from companies based there.

With larger sites, the risks usually outweigh the rewards of cheating, but that isn’t necessarily the case. Absolute Poker and Ultimate Bet, two rooms that made up the Cereus Poker Network, had a similar scandal years before PitBull’s. The details of this scandal are still not fully known, but there are many indications that management was working in tandem with the cheaters.

Cereus, along with Absolute and UB, went down in the “Black Friday” indictments of 2011, when the US Department of Justice busted several large poker sites – including PokerStars and Full Tilt Poker – for UIGEA violations. PokerStars and Full Tilt (via a PokerStars buyout) repaid their players, but Cereus did not. The company is insolvent as of 2014, and owes players an estimated $50 million.

While the above examples might scare players off, the online poker world has come a long way in recent years, as have the fraud prevention and security teams. The era of superusers and cheating scandals orchestrated by operators are likely behind us. However, players should still be alert and watch for suspicious activities by operators.

So What About Cheating? Can an Online Poker Player Cheat?

Well, now we’re on to a topic that might have some substance to it. If you’re not careful with your computer security, a hacker could get access to your hole cards. Such a situation is highly unlikely, and would entail the hacker accessing the data stream from the poker site to your computer, and cracking the poker site’s extremely secure encryption in the process. In all honesty, if you were advanced enough to pull off such a feat of hacking, you’d be more likely to target the World Series of Poker, rather than picking on some poor schlep in their front room. Nonetheless, we can’t totally dismiss the possibility. 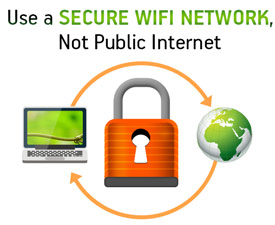 We would recommend not playing on public wireless internet connections. Using a secure Wi-Fi network from your home is highly advised. In truth though, even here, the chances of being hit are relatively low. The main concern would be that a hacker could access your password before it was streamed to the site, or could possibly get visual access to your monitor. It’s highly unlikely, though, that anyone capable of cracking SSL is going to be concentrating their efforts on poker.

In recent years, hackers have taken to more drastic methods. Thanks to laptop theft, high-stakes players at a 2013 European Poker Tour event in Barcelona were left with computers infected with malware. There was another incident during the World Series of Poker, a year later, where players had laptops and cash stolen from their hotel rooms.

Of course, these players were targeted due to their reputation for playing at higher stakes, but their story should be a warning to all players to be aware of their surroundings. Password protect your computers, and safeguard your poker accounts. If you begin playing at higher stakes, and become even slightly well-known, take extra precautions to avoid becoming the victim of theft or hacking.

What About Players Chatting on Social Media or the Phone?

This is called collusion, and it is the one area where cheating in online poker is a moderate concern. Online poker sites take collusion very seriously. Sites such as PokerStars.com have several security methods to prevent collusion. One of these methods is a charting system, where they log how many hands you’ve played with the same opponents.

If you’re playing with the same opponent more often than the mean, this may cause your account to be flagged by security. Your hands involving action with this opponent will then be run through anti-collusion software, to see if your plays were logical.

If the plays made little sense, and deviate from the norm – as well as from your usual style of play when not seated with this opponent – your account may be locked, and a manual review could follow. At most poker sites, if the audit reveals there is a high likelihood you were cheating via collusion, you can more or less kiss your ability to play at that site goodbye.

If found guilty, you may be subject to fines, and could potentially lose your balance and past profits. Depending on the amount taken, some jurisdictions will bring criminal charges against players for cheating at online poker. Civil suits can also be expected.

In the legally-regulated online poker markets such as Delaware, Nevada, and New Jersey, sites can choose their punishment for the player depending on the situation. The penalties can be light, but cheating at online poker site can range from a small fine to a class B felony. The latter comes with a potential prison sentence of up to six years.

Not all collusion will be automatically picked up on, though. If players only engage in collusion a small percentage of the time, such behavior may fly under the radar. If ever you feel you’re being colluded against, stop playing, and email the site telling them of your suspicions.

If it is found (either now or in the future) that these players were colluding, and that you were the victim, any online poker room worth its salt is likely to refund your money. Your chances of getting compensation will be vastly increased if you’re polite, so write your email using a friendly, non-accusatory tone. Also bear in mind that it can be hard to conclusively prove collusion, so don’t assume you’ll be successful. Just be sure to leave a game once you believe collusion may be occurring. Poker sites are doing their best to keep the games safe and free of cheats, so leave it to them to take care of these matters.

Which Online Poker Site Is Not Rigged?

All in all, collusion should not be much of a concern unless you’re consistently being taken apart in high-stakes games by a team of professional cheaters. In the vast majority of cases, it won’t take long to catch these guys.

Most people who conspire to cheat or collude against other players are also bad at the game. The most common type of collusion involves players sharing their hole cards via instant messaging applications. While this is wrong, and still amounts to collusion, it doesn’t provide them with much of an advantage. Many cheats will resort to such behavior only once they’ve tried and failed to win legally. For the most part, they’re harmless.

If you’re looking for info on which sites are the safest to play at, you can read about that in our article Safest US Poker Sites.

Five American Poker Players To Look Out For in 2022