Last updated: Aug 9, 2019 – The Maryland state lottery and six casinos broke all-time records in revenue for the 2019 fiscal year with a staggering $1.3 billion going back to the state. The lottery alone contributed $593 million while casinos chipped in for $717 million, which was a new record. Also, there is a good chance lottery sales over the internet will be passed in the near future, which only helps the idea of legalizing poker online in the future.

This question comes up often and like a majority of states in the USA, including Maryland, it’s walking a tight rope. Although there are several laws stating gambling is illegal in certain forms, i.e. sports betting, there is no law specifically stating it is illegal to play poker on the World Wide Web. You can learn more about other state-by-state poker and gambling laws on our page dedicated to US poker laws.

Although several people think the state of Maryland is strict when it comes to gambling online, and in general for that matter, there are some instances within the state that show some hopeful signs when it comes to the internet. One good example is they are looking to legalize online lottery games to their citizens, including:

In fact, the State Lottery Gaming Control Agency is the one who created, oversees, and provides this service to Maryland residents. You can visit the Maryland government website which explains this in detail. This should give some hope for those who play poker on the internet, can’t see much difference between lotteries and poker.

Casinos in Maryland are always a big discussion since they generate tons of money to the state and education through heavy taxes. Later in this article, we will discuss who all benefits and receives money from these privately-held casinos. You might be pleasantly surprised that even minority and women-owned business benefit from these casino taxes.

In November of 2012, the most expensive political campaign in Maryland’s history was concluded with the passing of casinos to offer tables games, such as blackjack and roulette, at their current five casinos, while adding an additional sixth casino to the state.

The registered voters approved Question 7 by a 51.9% yes, and 48.1% no, regarding an additional casino to be built while offering table games at all of them. During the campaign, MGM Resorts International and Penn National Gaming contributed more than $80 million into the campaign. MGM’s mindset was if it gets approved, which it did, they would be the selected company to build the state’s sixth casino; a $1.4 billion destination resort/casino.

Penn National Gaming was on the flip side, hoping it wouldn’t get approved to avoid the threat of a casino being built by their own, which is located in a nearby city; the MGM giant won this battle. The Baltimore Sun news source does an outstanding job of covering gambling within their state, and I recommend them as a reliable source covering the facts and an unbiased opinion.

In a controversial 2008 constitutional referendum, voters approved the installation of up to 15,000 video lottery terminals at the five in-state casinos. The state retains 67% of all revenue generated by the slot machines, among the highest percentage in the United States. 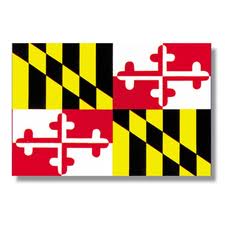 Proceeds of slots are distributed as follows:

As you have read in this article, there have been recent positive additions to gambling in Maryland. This makes one to believe they are in favor of gambling in general and see the financial benefits it can bring to their state. The near future might bring in new laws offering more clarification and clear legalization to online gambling/playing poker over the internet to make things more black and white, instead of its current grey area.