Currently, PokerStars is only available in New Jersey and Pennsylvania.

Updated Jan. 3, 2022 – PokerStars launched in Pennsylvania and has the highest traffic of all regulated poker sites in America. It also hosted the Pennsylvania Online Championship of Poker. This was a huge series with more than $1 million in guaranteed prizes. It took years, but it looks like it was worth the wait for Pennsylvania players.

PokerStars has been running strong in New Jersey since 2016, but it hasn’t reached the size Pennsylvania has. A shared player pool could really kick things up a notch though. We’ll see if success in Pennsylvania leads to PokerStars in more states.

Online Poker in the USA

Six states have legalized poker. Out of those, four currently have sites up-and-running. Nevada, New Jersey, Delaware and Pennsylvania. Two more states passed legislation but are still working on setting sites up. West Virginia, greenlit it in 2019, but poker sites there aren’t expected to launch until 2022. The same goes for Michigan.

When it comes to PokerStars, only two states have Poker Stars software. PokerStars gained approval to operate in New Jersey in 2015. Their site, pokerstarsnj.com, went live on March 21, 2016. Of course, you have to be physically located in New Jersey to play. It’s play money for all other states. PokerStars NJ also offers casino games like slots, blackjack, roulette and more.

PokerStars then launched in Pennsylvania in late 2019. They kicked things off with the Pennsylvania Championship of Online Poker that drew thousands of players and culminated in a $300 buy-in main event with a $100,000-guaranteed prize pool.

If you’re not in Pennsylvania or New Jersey, PokerStars could still come to your state further down the line. If you want to play today though, there are still plenty of great alternatives.

Best PokerStars Alternatives for US Players

Our Ignition Poker review lays out why it’s the best alternative. A lot of people prefer it to non-state run sites since they accept players from all 50 states. Check out our Bovada review, BetOnline, SportsBetting, ACR, Black Chip Poker and Intertops also rank highly. As state by state rollouts occur, we will continue to keep you updated on when PokerStars makes it to your state.

Can You Play PokerStars in the USA?

PokerStars is only available if you are physically in New Jersey or Pennsylvania. PokerStars will be in more US states soon though. West Virginia and Michigan are the current front-runners to join the party.

PokerStars, which also owns Full Tilt Poker, is currently owned by The Stars Group, formerly called Amaya Gaming Group and is headquartered in Toronto, Canada. PokerStars is partnered with Resorts Casino Hotel in Atlantic City, and their main competition in the state is WSOP/888 and Borgata/PartyPoker. In Pennsylvania, they teamed up with FoxBet, which is the real-money wagering provided by FOX Sports. 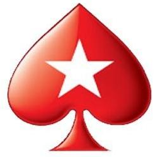 While there are poker sits in Delaware and Nevada, but PokerStars has yet to get a license in either state. If you do not live in either New Jersey or Pennsylvania, we recommend Ignition Poker or Betonline.ag. They are safe and trusted sites that service all 50 states. Check out our reviews for a comprehensive look at each poker site. We detail the most important factors to look at when picking a poker site.

Make no mistake. Online poker is allowed in the USA. It’s 100% legal for you to play. Don’t have to worry about getting arrested.

Can I use a VPN to play on PokerStars

If you’re not familiar with the term, a VPN is a Virtual Private Network. All devices that connect to the internet have a unique identifier so the internet knows what device it’s dealing with. This is called an internet protocol (IP) address.

A VPN masks your IP address by scrambling and routing your traffic to servers and nodes across the world. The data is also encrypted and makes it harder, if not impossible, for people snooping on public Wi-Fi to identify your devices or web traffic. VPNs aren’t just great tools for privacy, but they also allow users to appear as if they’re browsing the web from different areas in the world.

While this works for sites like Netflix, Hulu or Amazon, it does not work on PokerStars. PokerStars only allows players from outside the United States (with exception of states that have regional PokerStars sites) and while a VPN can make it seem like you’re outside the country, there are other ways the site uses to detect if you’re using a VPN. While in many instances you’ll just be blocked from playing, there is a chance that you can be penalized if you’re caught playing with a VPN. This means your account could be canceled and you could lose all your funds.

How Many Players on Pokerstars?

PokerStars remains the largest poker site on the internet with tens of thousands of players logging in weekly. PokerStars traffic is far superior to any other poker website and it controls over 50% of the market.

The sale of PokerStars has now changed the game in the US market. It is a prerequisite for any online casino that operates with a US license to also have or be partners with a US operated “land-based” casino. PokerStars partnered with Resorts Casino Hotel in Atlantic City, NJ. Unfortunately, PokerStars has struggled with its NJ-based traffic. On the bright side, Pennsylvania has been a traffic bonanza for PokerStars since it launched in late 2019.

PokerStars also made a massive deal with gigantic casino conglomerate Eldorado Resorts, which operates properties across 12 different states. The US government has to be pleased that PokerStars is playing ball and infusing the US market with plenty of cash.

When Will PokerStars Return to the USA?

It kind of already is. If you’re in New Jersey or Pennsylvania, just download the software. If you’re in another state, then you’ll have to wait. Regulated poker has been moving pretty slow. Even then, some states that have legalized it have not let PokerStars in. That’s because they have another obstacle. Some important gaming groups in the USA see the brand as a bad actor because it operated without a license in the USA for years.

The brand is still incredibly popular around the world though. The site also paid over an estimated $850 million in fines because of Black Friday. It might take some time, but PokerStars will make its way back to the USA on a broader scale.

Will There Ever Be a National PokerStars?

Ever since PokerStars went live in New Jersey back in 2016, there’s been talk, speculation and hope that a national PokerStars site would launch again in the United States. Sadly, that looks like it might never come to fruition. For that to happen, there would have to be federal regulation regarding online poker and the federal government seems happy to let each state do it on its own. Certain states, like Utah, who have gambling outlawed in their constitution, seem like they’ll always be a roadblock to federal regulation and something like a national PokerStars.

The most players can hope for are interstate gambling compacts where states agree that sites can share player pools. This has happened in New Jersey, Nevada and Delaware, but PokerStars has yet to share player pools in New Jersey and Pennsylvania, the only two sites where it operates. This doesn’t seem promising for a national site, but luckily there are sites similar to PokerStars that already accept players from all 50 states. Offshore sites like Americas Cardroom and Ignition Poker accept players from all 50 states and have large players pools, tournaments and a numerous cash games that are reminiscent of the old PokerStars day. So if you’re looking for a good alternative, we recommend one of those two sites.

Good Faith Will Not Prevail? 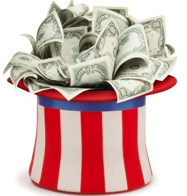 While some US states have been reluctant to allow PokerStars back, it should be noted that the company bailed out tens of thousands of American poker players. Full Tilt famously didn’t have funds on hand to repay its players after Black Friday. PokerStars then bought Full Tilt and repaid all its players for millions and millions of dollars.

PokerStars was simply a better-run business and separated their player accounts from operating expenses. It was, therefore, an easy task for PokerStars to immediately pay back its players after they were forced out of the US market in 2011. PokerStars was also better at becoming a global poker business. Most of its player traffic came from outside the USA.

This act of good faith was on top of the hundreds of millions they paid out in penalties to US officials. It was an example of responsible gaming. As more and more casinos based in the USA secure their licenses to operate, PokerStars will likely be entering several of these state-regulated markets.

Pros and Cons of PokerStars

There are plenty of things to like and dislike about PokerStars. Right now the biggest cons are that it’s only available in New Jersey and Pennsylvania and both those states have segregated player pools. That means that players in those states can only play against other players in their states and therefore pretty small tournaments and a weaker assortment of cash games.

On the pros side is the overall experience. PokerStars has been around for nearly 20 years and the software has been fine-tuned to the point where it’s as smooth and easy to use as ever. They also have a great player rewards system and have an incredibly smooth banking experience.

When Will I Be Able to Play PokerStars in my State?

We have in-depth poker guides for many of the US states that are updated whenever there are changes to state legislation. Unfortunately, there’s no clear-cut guide to when it will be legalized in each US state. For now, it appears that progress will only occur at the state level and a federal online poker bill is still just a pipe dream.

Some states have a higher chance of legalizing and regulating online poker in the near future, however. We keep close track of some of the more progressive states and try to give our readers some insight into which states could be closing in on legalization. You can take a deeper dive into your states specific laws regarding PokerStars and all poker laws with our state-by-state guides.

The Entire History of PokerStars in the USA

PokerStars has a fascinating history in the online poker industry with a substantial portion of it taking place in the USA.

Unfortunately, many other states remain a pipe dream and it will likely be decades before PokerStars is allowed to operate in the entirety of the USA.