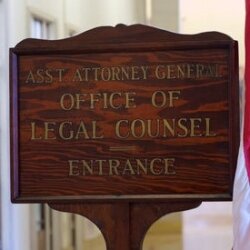 Now that New Hampshire makes its case in federal court, it’s becoming clear that the DOJ opinion on the Wire Act potentially affects lottery sales. In fact, the Powerball and Mega Millions interstate lottery could be affected by the Department of Justice’s opinion.

The Neopollard Interactive lawyers pointed out that the original 2011 DOJ opinion happened because of concerns about state lotto sales. When the Eric Holder DOJ replied that the Wire Act only applied to online sportsbooks, it gave states the okay to launch online lottery portals.

The New Hampshire lotto vendors’ filing this week stated, “The Department’s 2018 opinion took aim at and tore down a 2011 Opinion that was issued specifically in response to questions posed by State lotteries whether, under the Wire Act, they could sell lottery tickets over the Internet. In 2005, the Department had said no, but in 2011, the Department authorized that conduct.”

“How could Plaintiffs possibly construe the 2018 Opinion’s razing of that 2011 decision other than as a revocation of the 2011 Opinion’s authorization and a resurrection of the 2005 enforcement position that selling lottery tickets over the Internet violates the Wire Act?”

An Assault on States Rights

Over a dozen US states signed the amicus brief in the New Hampshire Lottery lawsuit. All parties agree that the Department of Justice overstepped its authority banning all interstate online gaming.

One issue the plaintiffs point out is the high number of unintentional consequences such wide reaching powers have. While the DOJ’s 2019 opinion suggests it is a ban on interstate gaming, the law could be interpreted in ways to expand federal authority in many ways that harm states’ rights.

Under the US Constitution, the US states and the federal government share dual sovereignty. The two sides are deemed equal, with specific powers and rights set for each side. The federal government has power over actions that cross state borders, but states have authority in single-state situations.

Licensed online gaming sites have until Juen 14 to come into compliance with the DOJ opinion. Transactions on online casinos, poker sites, lotto ticket sites, and sports betting apps must not cross state boundaries. The DOJ’s recent filings, though, involve a far more expansive view of federal power. New Hampshire online ticket sales involve in-state purchases, yet the DOJ claims it has the right to ban those activities.

The online poker world is at the heart of the DOJ’s opinion on the Wire Act, because it targets the Multi-State Internet Gambling Association (MSIGA). Yet the US Justice Department’s overreach offended more than one gaming niche — and threatens more than one niche. In the coming fight over legal online poker, card players will have many unexpected allies.

Cliff Spiller has been an online writer for more than a decade. He worked for Small World Marketing for years, where he covered topics like gaming, sports, movies, and how-to guides. He's covered US and international gambling news on BestOnlineCasinos.com, USPokerSites.com, and LegalUSPokerSites.com since 2014.